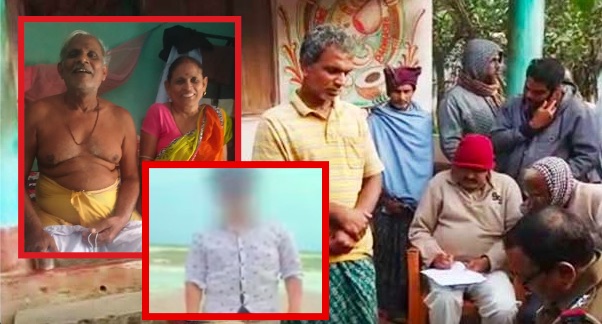 Cuttack: The murder of an elderly man while allegedly resisting a loot by armed miscreants took a new turn on Saturday with police arresting his grandson, Om Prakash.

Cuttack SP (Rural) Jugal Kishore Kumar Banoth said that the accused had confessed to the crime, which he allegedly committed for gold and cash.

The elderly man, Hrushikesh Muduli (69), was killed and his wife, Kanaklata (62), critically injured at Lendura Bhagabanpur village under Nemalo police limits in Cuttack district on Thursday night. After committing the crime, he tried to pass it off as an attack after a loot in the house by armed miscreants.

Om Prakash had told police that the miscreants locked him up inside a room in the house and set clothes on fire before decamping with gold and silver ornament worth lakhs.

Suspecting his involvement, police picked him up while he was with his grandmother, who was admitted to a private hospital, and took him to an undisclosed location. After he confessed to the crime, police also seized the looted gold and cash from him. A sharp weapon was recovered from the house.

Sources said Om Prakash was the deceased’s elder brother’s son and he was working in Bhopal. He had been staying in their house for the last few days.