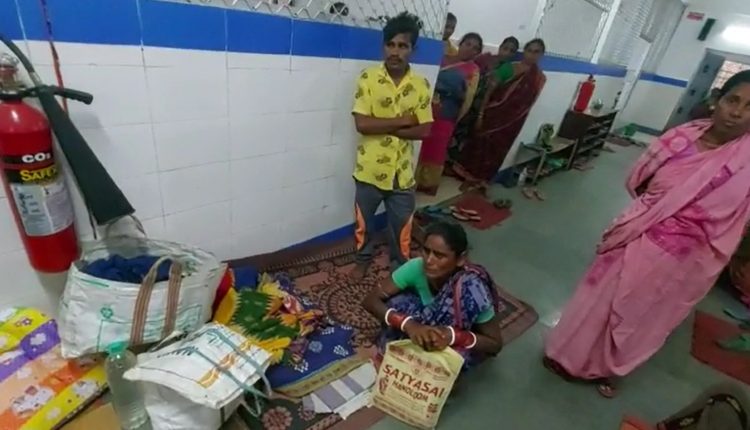 Sonepur: Security arrangements at the District Headquarters Hospital (DHH), here came under question as a newborn girl was allegedly stolen by an unidentified woman on Saturday

According to sources, Santosini, the pregnant wife of Gajendra Tandi of Sandha village under Birmaharajpur police limits of the district was admitted in the hospital for delivery and she gave birth to a baby girl on Friday morning.

Following the delivery, the hospital authorities provided a bed on the floor of maternity ward for Santosini to take rest with her newborn daughter.

On Saturday morning, while Santosini had gone to bathroom leaving her daughter in the care of her mother-in-law, a woman came to the ward and took Santosini’s daughter on some pretext and fled.

When Gajendra came to know about it, he desperately tried to search the unknown woman and his daughter. Failing to trace them, he informed the hospital authorities who lodged a complaint at Sonepur police station.

68.66% Students Clear Plus-II Offline Exams In Odisha; Know How To Check Your Results