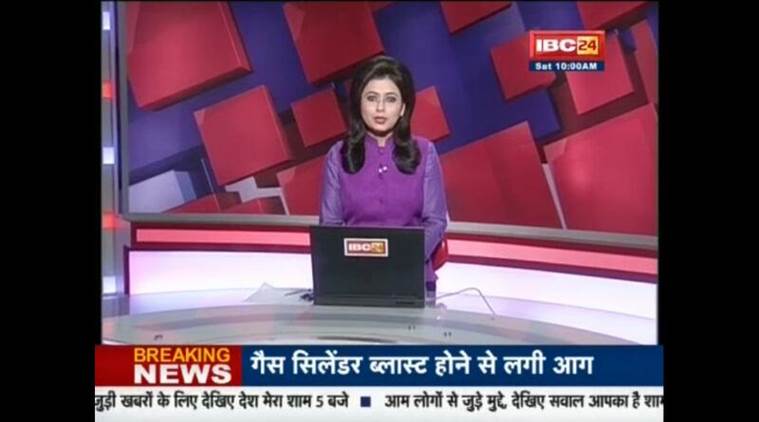 Raipur: In a heart touching incident, a news reader at Chhattisgarh’s private IBC-24 channel, Supreet Kaur kept her composure during Saturday morning’s live news bulletin after she got to know her husband died in a fatal accident.

While, she was on live bulletin, a reporter phoned in details of a fatal accident involving a Renault Duster at Pithara in Mahasamund district earlier in the day.

The reporter said three of the five people travelling in the vehicle were dead. Though he did not identify the dead, there was enough for Kaur to instantly realise it could be her husband. He too was to travel in a Renault Duster along the same route during the same time along with four companions.

She broke down, but only after having walked out of the TV studio after the news hour.

Kaur, 28, has been a news anchor with IBC-24, one of Chhattisgarh’s most-viewed channels, for the past nine years. Hailing from Bhilai, she had married Harsad Kawade a year ago and the couple were residents of Raipur.

Kaur has left for the accident site. But back at office of the TV channel, her courage is dominating the conversations.