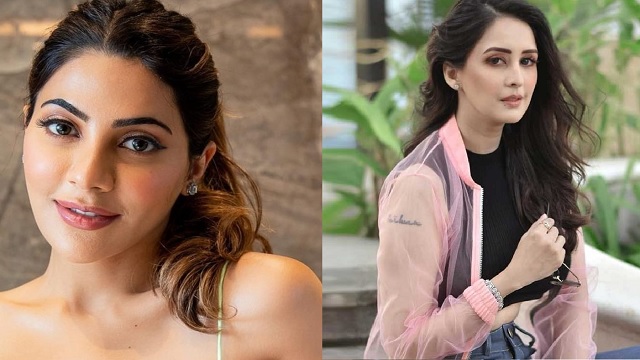 These actresses were introduced to the conman, who was accused of running an extortion racket worth Rs 200 crore when lodged in Rohini jail, by different names and in exchange for their visits to the jail, they received money and gifts worth lakhs (including Gucci, LV bags, Versace watch), the India Today reported.

Though Arusha Patil admitted that she met Sukesh but not inside the jail. However, she had received money int her bank account from the conman, the ED said in its chargesheet.

Nikita Tamboli, in her statement to  ED on December 15, 2021, said that Pinky had approached her on WhatsApp around 2018 and mentioned that she is a coordinator and producer of films. “She stated that in April 2018, Pinky alias Angel told her that they were going to meet Shekhar in Delhi and she had booked both their flight tickets from Mumbai to Delhi and the next day, they went to Delhi,” the chargesheet added.

They went to Tihar Jail in a BMW car and then an Innova Car came and took them inside the jail premises. No security check was done and no IDs were asked from them. “First, he mentioned that it was his office, but later he told her (Nikita) that he is in jail because of some big scandal, and he would get a bail release by August 2018. She further stated that she had met him only twice in her life and that, too, in Tihar Jail.”

During the second visit, Shekhar gifted Nikita a Gucci bag and he also handed her Rs 2 lakh in cash.

The other actors were lured in the same manner.

Chahat Khanna, known for her role in Bade Acche Lagtey Hain serial, was introduced to Sukesh as Shekhar Reddy, an owner of South Indian Channel, by Pinky Irani. She too met Sukesh inside the Tihar Jail, Delhi at his office, maintained there, for which the accused Pinky Irani gave her Rs 2 lakh in cash and a blue-colored Versace watch, the ED said.

Sukesh told Chahat that he has been framed in some election voting scam and would come out of jail in the next four to five days. he also claimed to be a relative of politician Jayalalitha.

Actress Sophia Singh was approached by Pinky in connection with work in a movie. She met Sukesh Chandrasekhar twice inside the Tihar Jail. While Rs 2 lakh in her bank account was deposited in her bank account after the first meeting in May 2018, she got one LV Bag from Sukesh and received Rs 1.5 lakh into her bank account when she met him alone after 15 days. Sukesh had promised to sign her up for a film.

Arusha Patil, however, told the officials that she never met Sukesh and only spoke to him over WhatsApp for which she received an amount of Rs 5.20 lakh in December 2020, out of which she had transferred one lakh to Pinky Irani.

“He used to talk over WhatsApp (call, chat and video call),” the chargesheet said.

The Delhi Police is likely to call these actors to record their statements in connection with this case, the India Today report added.

On Wednesday, Jacqueline had joined the probe in the presence of Pinky Irani in connection with an alleged extortion case.