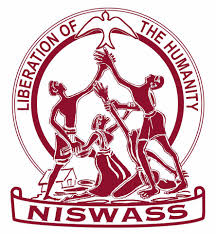 Bhubaneswar: Agitated over the delay in declaration of results and holding semester exams, students of the National Institute of Social Work and Social Science (NISWASS) here resorted to a protest and boycotted classes on Tuesday.

Talking to Odisha Bytes, a protesting student of the 2017 batch alleged the institute has failed to declare the results of the first and second semester. It has also delayed holding the exams of the third semester when the students should have cleared the fourth and the final semester by now as per schedule.

“We are admitted to the two-year Master in Social Science programme comprising four semesters. We should have appeared for the fourth and final semester by now but the institute has failed to even conduct the third semester and declare the results of the first two semesters,” the student said. She added that previous batch students have also complained about the delay in declaring results.

The students have demanded a written assurance from the institute before calling off the protest. They have also decided to stage a protest before the Utakl University vice-chancellor’s office tomorrow.

While the institute’s Director, Sasmi Nayak could not be reached out for comments, a staff blamed the Utkal University, to which NISWASS is affiliated, for the delay. He said the situation is not unique to NISWASS. Students of six other institutes are facing a similar issue due to some ongoing administrative issues in the varsity.

The Director is believed to have met the students later during the day. She has reportedly assured to declare the results of the first semester of the 2017 batch and third-semester results of the 2016 batch within the next 10 days.