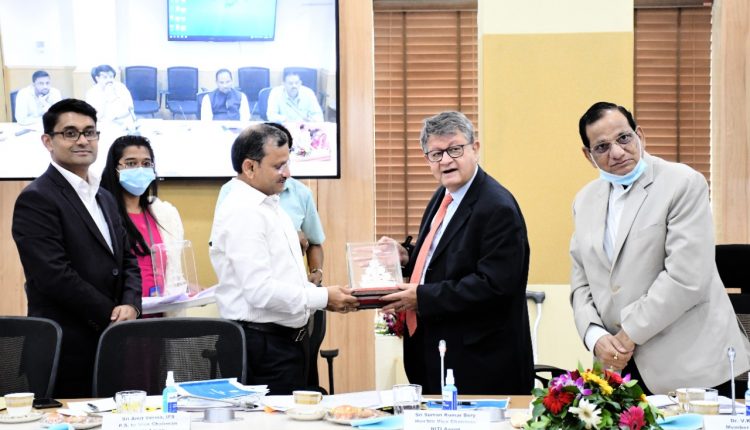 Bhubaneswar: NITI Aayog has assured of engaging Odisha government in various developmental issues to put it on a high growth path.

This was stated by Vice-Chairman of NITI Aayog Suman Kumar Bery and member Dr Vinod K Paul during a meeting with Chief Secretary, Development Commissioner and senior officers of the state government in the Lok Seva Bhawan in Bhubaneswar on Thursday.

A presentation on behalf of the government was made by Development Commissioner and Principal Secretary, Panchayati Raj & Drinking Water and Finance Department on the achievements made by the state in different fields, various developmental issues and challenges.

Bery and Paul appreciated the achievements and development efforts of the state government in their observations and assured of engaging with the state on various developmental issues to put it on a high growth path with inclusive development.

They called on Chief Minister Naveen Patnaik in the evening and invited him to the ensuing 7th Governing Council Meeting of NITI Aayog to be held at New Delhi on August 7. It will be chaired by Prime Minister.

Earlier, Vice-Chairman and Member of NITI Aayog along with other officials visited the World Skill Centre at Bhubaneswar, an enterprise run by Women SHGs, Community Health Centre, High School Transformation under 5T, Anganwadi Centre and Wellness Centre in Pipili.