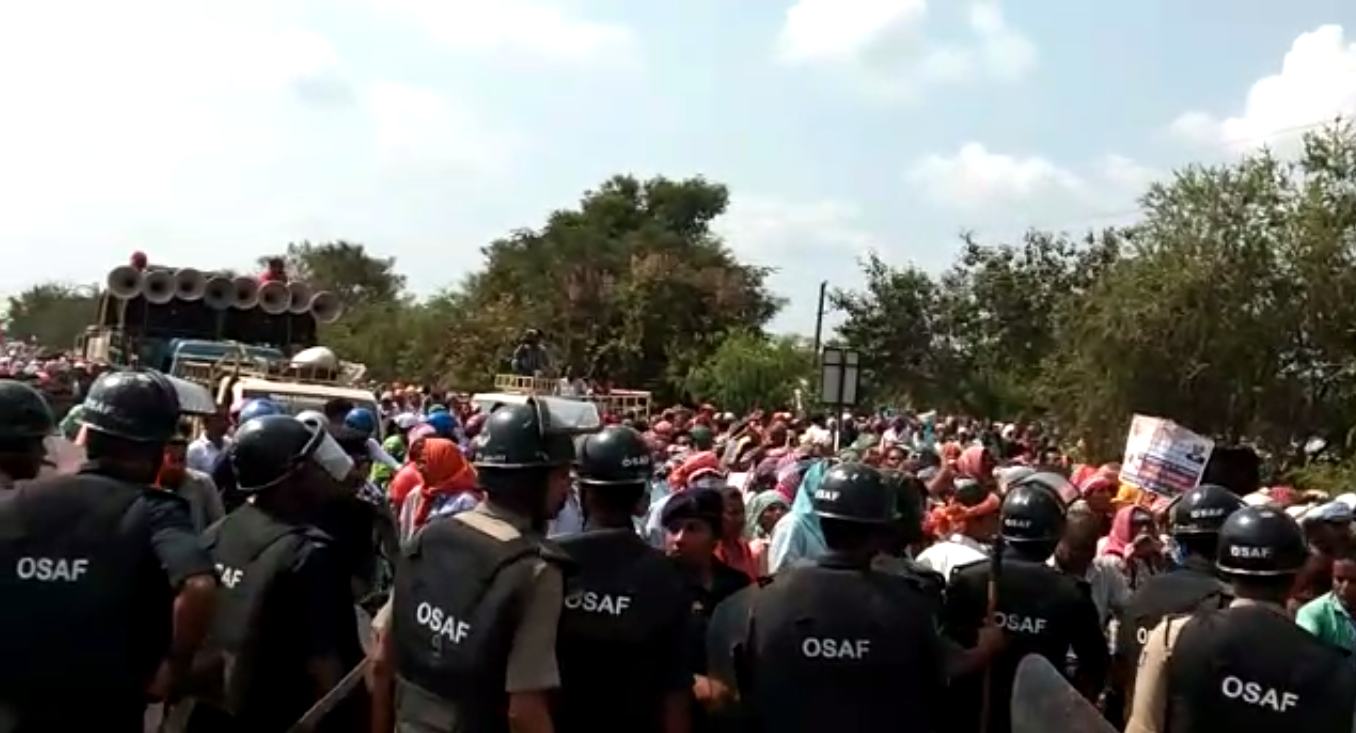 Bhubaneswar: Thousands of activists of Naba Nirman Krushak Sangathan (NNKS) on Monday marched towards Odisha capital after breaking the police cordon and ignoring the prohibitory order under Section 144.

According to reports, a huge rally of NNKS led by the Congress leader Pradip Majhi from Balugan marched towards Bhubaneswar despite Section 144 clamped on the National Highway at Tamando area, on the outskirts of the city. Though the police later arrested him and some activists near Khandagiri, the others marched towards the Odisha capital.

However, police detained another rally coming from Cuttack near Hansapal.

Reports said 12 platoons of armed police force closed one side of the NH and asked the agitators not to proceed further. To monitor the situation, Cuttack collector and senior police officers, including the IG, Central Range, and the DCPs of Cuttack and Bhubaneswar, are present at Hansapal.

Expressing resentment over police action, which had detained the activists near Khandagiri and Hansapal, Kumar asked why the farmers, who are the backbone of the state, will be not be allowed to enter the Odisha capital and denied to take out rally on the road? Even the farmers have been deprived of their fundamental right to speak.

Meanwhile, taking note of the agitation by the NNKS, the state government on Monday formed a ministerial committee to look into the demands of the farmers.

The committee having the Finance Minister Sashi Bhusan Behera as the chairperson with the ministers of Agriculture, Panchayati Raj and Cooperation as other members will discuss the demands of the farmers.

“The committee will frame a term of reference (ToR) on the basis of which the demands of the farmers would be discussed,” Behera told mediapersons.