No More Charging Of Mobiles, Laptops In Trains At Night 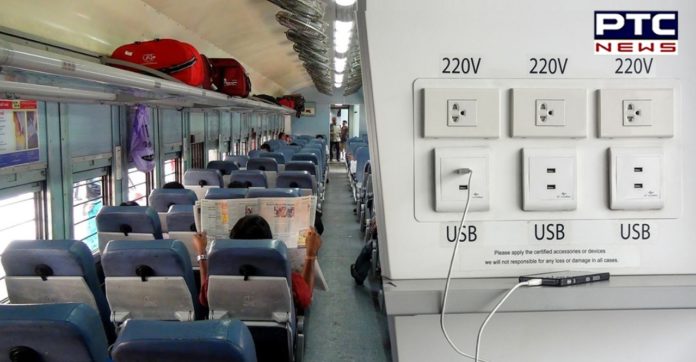 New Delhi: If you are planning to undertake an overnight train journey, make sure your phone and laptop are charged when you board, because you won’t be allowed to charge any electronic device at night.

The Railways, as a precautionary measure to prevent spread of fire, has decided to bar passengers from using mobile-charging stations on board trains between 11 pm and 5 am.

According to Western Railway CPRO Sumit Thakur, Western Railway has already started following this practice by cutting off supply to charging ports during the six-hour period.

Seven years ago, the Commissioner of Railway Safety had recommended that charging stations be switched off between 11 pm and 5 am, but it wasn’t strictly followed.

Some recent incidents of minor on-board fires were found to be the result of overcharging of electronic devices, senior officials said.

“In view of recent incidents of fire, we have done the needful. Power from the main switchboard for these points will be switched off from 11 pm to 5 am… It is a precautionary measure,” PTI quoted Southern Railway CPRO B Guganesan as saying.

Railways has also taken measures against smoking and carrying inflammable items, and instructed zonal railways to carry out a seven-day awareness drive to educate all stakeholders about precautions against fire incidents.