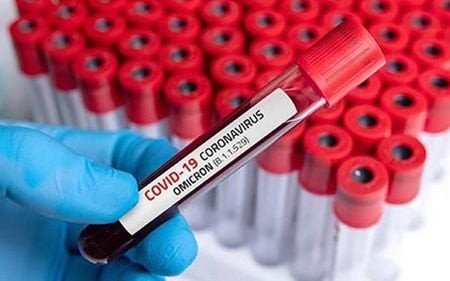 Bhubaneswar: It has been over a week since Odisha last reported new Omicron cases. It had seen a steep rise in cases of this variant of COVID-19 on January 19 when the Institute of Life Sciences (ILS) informed the Health Department about 147 positive results during genome sequencing, taking the tally to 347.

The statement by Public Health Director Dr Niranjan Mishra on January 24 that Omicron will soon be entering the community transmission stage in the state, which might then see an explosion in cases, further raised eyebrows.

While the daily caseload has remained below 10,000 during the past week, Mishra on Thursday revealed that the government does have data on the current status of Omicron cases in the state since ILS scientists, who were carrying out genome sequencing of samples of infected patients to trace the presence of the new strain, are down with COVID-19.

“Whatever data is available with us are all of earlier cases,” he added.

An analysis of community samples by ILS had earlier revealed that Omicron was fast replacing the Delta variant of COVID-19 as around 60 per cent of those collected randomly from 10 districts between January 9 and January 16 carried the highly mutated and more transmissible SARS-CoV2.

Notably, 74.5 per cent of community samples, collected between December 29 and January 9, and sequenced at ILS was that Delta variant.

Mishra, however, said that the trial run of ‘OmiSure’ RT-PCR test kits has begun and these will come in handy for detecting the fast-spreading variant.

Odisha has received 30,000 of the 5 lakh kits, which it had ordered on January 10, becoming the first-ever state in India to buy OmiSure developed by Tata Medical and Diagnostics Ltd in partnership with the Indian Council of Medical Research (ICMR).

Tatas Take Back Their Maharaja; Check The Changes They Plan To Bring In

Passenger Plane Missing In Nepal; 22 People Onboard, Including 4 Indians