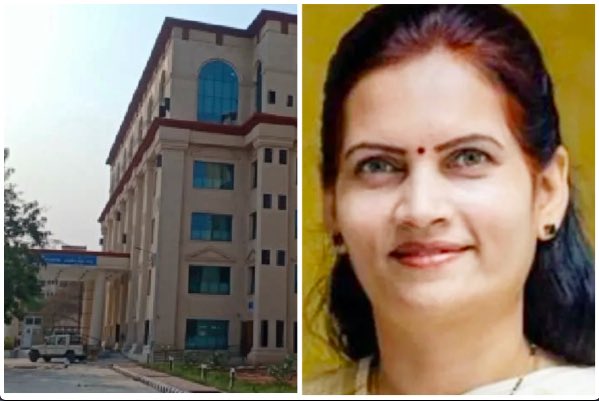 New Delhi: Odisha’s hope for the second AIIMS at Sundargarh was dashed to the ground when Union Minister of State (MoS) for Health, Bharati Pravin Pawar informed the Rajya Sabha that there are no plans for setting up the premier medical institute and hospital in the western district of the state.

Replying to a question of BJD MP Sasmit Patra, Pawar on Tuesday said, “AIIMS are being set up in different parts of the country, keeping in view the gaps in the availability of tertiary health care facilities, in a phased manner.”

She further said that 22 new AIIMS have been approved for establishment under Pradhan Mantri Swasthya Suraksha Yojana (PMSSY).  “As far as Odisha is concerned, it already has a fully functional AIIMS at Bhubaneswar and another satellite centre of the institute has been approved at Balasore in the state,” the Union Minister said.

In February, Pawar had indirectly turned down Odisha’s demand while replying to a question of Sundargarh BJP MP Jual Oram.

The Naveen Patnaik-led BJD government has been demanding for second AIIMS in Odisha for the last two years since a second AIIMS has been established in Bihar and a similar proposal was under consideration for another state.

Earlier in April that year, a nine-member team central team under the leadership of the then AIIMS-Bhubaneswar director Gitanjali Batmanabane visited Sundargarh, kindled hope in various quarters, particularly among people in western Odisha.

THE STORY SO FAR

On December 13, 2013, the state government signed an MOU with public sector power major NTPC to develop infrastructure for establishing a 500-bed hospital along with medical college. The government had agreed to run the institution.

Accordingly, construction work of the said hospital-cum-medical college started in 2014 and it was completed about a few months back. After the infrastructure work, the state government requested the Centre to establish AIIMS second campus there.

In November 2020, the then Chief Secretary Asit Tripathy requested Union Secretary of Health and Family Welfare Rajesh Bhushan to consider Odisha’s demand for the second AIIMS at Sankara in the district, where the NTPC had already developed infrastructure. Odisha Health Minister Naba Kishore Das also wrote to the Centre for establishing a second AIIMS in Sundargarh using the same infrastructure.

It had since been waiting for a go-head from the Centre.