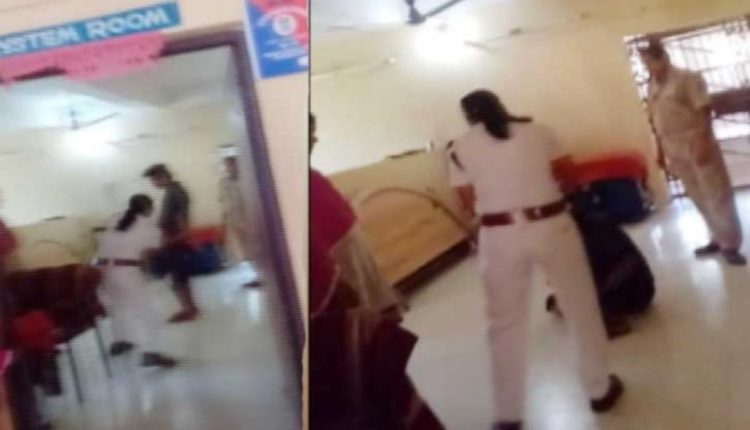 Bhubaneswar The Odisha Human Rights Commission has directed the Odisha Police not to give any posting to Sandhya Rani Jena, the ex-ICC of Patna police station in Keonjhar, for the next 2 years.

She had allegedly assaulted a youth inside police custody in May following which she was suspended from duties.

“Jena should be sent for training as to how to deal with the accused,” the commission added.

Notably, a video had gone viral in March this year in which Jena was seen mercilessly kicking and thrashing a youth, Raju Mohanty, with a stick inside the police station.

Sources said the youth, who had a land dispute with his paternal uncle, had lodged a complaint with the Patna police station in this connection on March 25. He was then called to the police station where he was thrashed before being forwarded to the court.

Following media reports, the OHRC on May 19 had directed the Home Secretary and the DGP to pay Rs 10,000 as compensation to the youth by deducting the amount from the salary of the IIC.

I Prefer To Focus On My Audience: Akshay Kumar Reacts To Mixed Reviews On ‘Laxmii’

Curevac COVID-19 Vaccine Can Be Stored Under Normal Refrigeration Conditions