No Rath Yatra Of Lord Jagannath In Ghaziabad On Dec 29 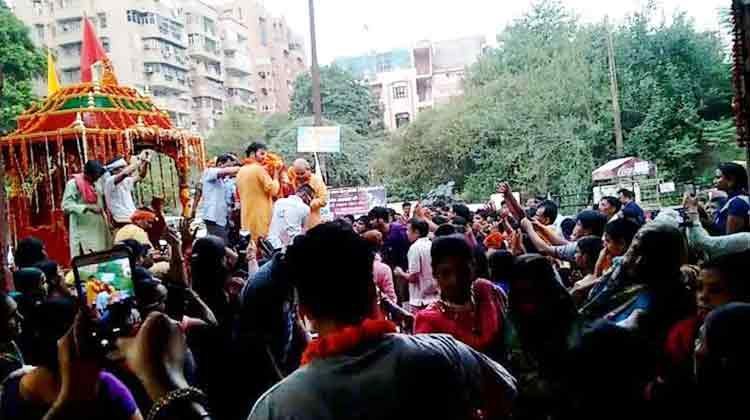 Puri: The Shrimad Naradiya Nikunja Trust at Ghaziabad in Uttar Pradesh has confirmed that it will not conduct the Rath Yatra of Lord Jagannath on December 29.

In a statement to the media on Saturday, president Baba Balram and secretary Baba Chaitanya of the Trust said that they have intimated the decision of the Trust to the convener of the Jagannath Sena, Priyadarshan Patnaik over the phone.

They said that the Trust will conduct the Satsang of Radha-Krishna on December 29.

Apologising to the people of Odisha for propagating the Rath Yatra on social media, the two office-bearers said due to vehement protests by the devotees of Lord Jagannath, the Trust has withdrawn the notification from social media.

Protesting the decision of the Trust, the servitors of the Shree Jagannath Temple and the Jagannath Sena had urged the Odisha government to take immediate steps in this regard failing which they would resort to agitation in Ghaziabad.

The Jagannath Sena had lodged a complaint against the Trust with the Simhadwar Police yesterday.