No Return To Old Normal In Foreseeable Future: WHO Chief 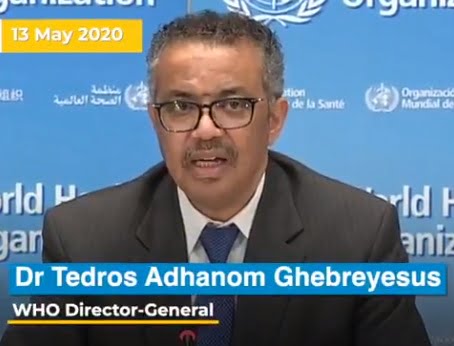 Geneva: As COVID-19 cases crossed 13 million globally, the World Health Organization’s (WHO) head Tedros Ghebreyesus on Tuesday warned that a return to the ‘old normal’ is not possible for the foreseeable future.

“Let me be blunt, too many countries are headed in the wrong direction; the virus remains public enemy number one. If the basics aren’t followed, there is only one way this pandemic is going to go. It’s going to get worse and worse and worse,” said Ghebreyesus in a virtual briefing.

The count has increased by a million in just five days.

Countries like United Kingdom are expected to face a worse second wave where up to 1,20,000 people may be killed over the winter, according to experts.

Just over 7.69 lakh have recovered, while 5.75 lakh people have lost their lives due to the virus.