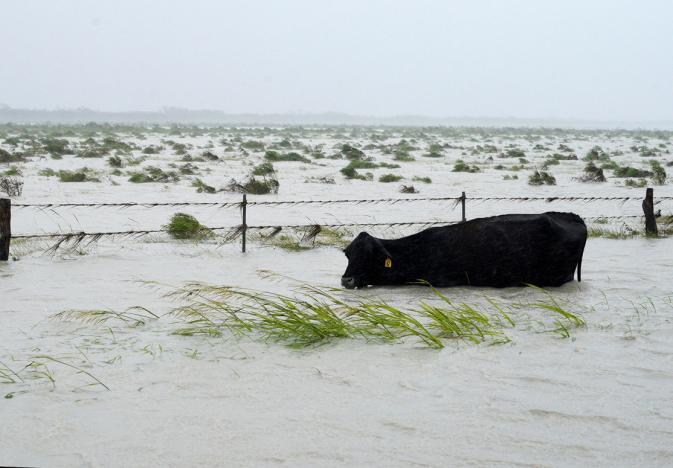 Guwahati: The Kaziranga National Park submerged under the floodwaters when 13 rivers and tributaries flowed above the danger mark on Monday.

According to an NDTV report, 51 wild animals are confirmed dead and 100 have been rescued. Many tigers and rhinos strayed into the nearby villages.

Heavy rainfall over the past week has resulted in severe flooding and the extent of damage spread to 27 of the 33 districts affecting nearly 22 lakh people. Traffic movement on National Highway-37 near Kaziranga remained suspended as the flooding worsened.

Reportedly, the total death count in this year’s floods touched 50 with at least six more people losing their lives in rain-related incidents on Monday.

Barpeta is among the worst-hit districts with an estimated five lakh people affected. The floodwaters has forced the evacuation of more than 45,000 people to 188 relief camps. The entire Brahmaputra valley region is underwater. Around 2,816 villages are completely inundated and over 1 lakh hectares of cropland has been lost.

Several embankments were breached, and roads and bridges were damaged as a result of rising floodwaters, according to the report. Chief Minister Sarbananda Sonowal has ordered the repair of the breached embankments on a war footing and asked all MLAs and MPs to get involved in rescue and relief operations.

The National Disaster Response Force (NDRF) is carrying out massive rescue operations in Assam. Kaziranga National Park is a UNESCO World Heritage site and the largest home to the one-horned rhinoceros.

No Return To Old Normal In Foreseeable Future: WHO Chief