No support from state for taking up development works: Amit Shah 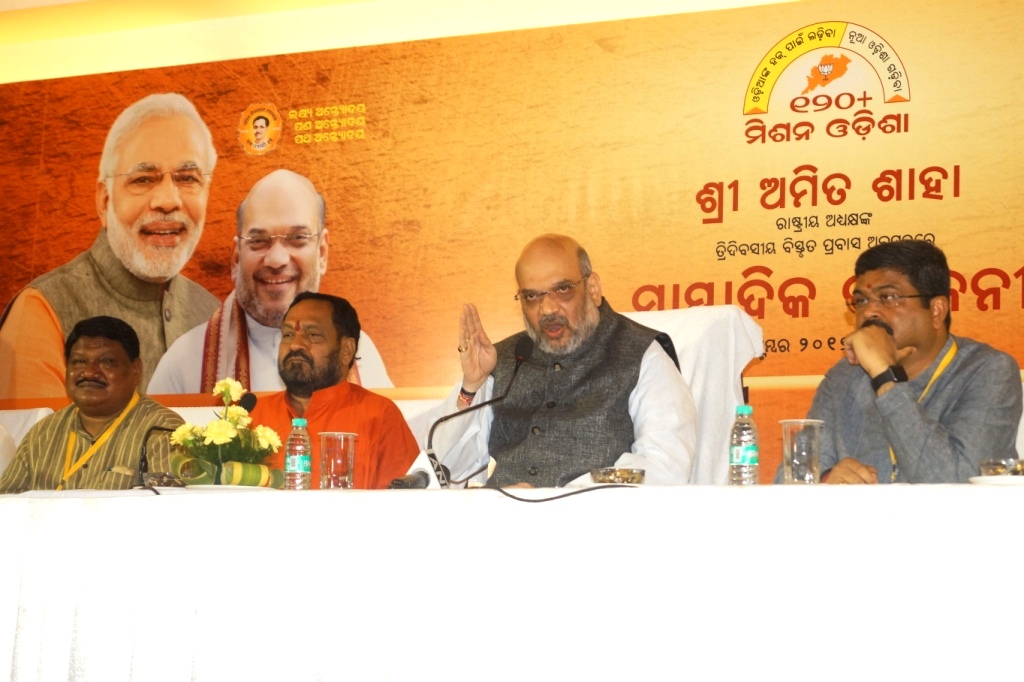 Bhubaneswar: BJP president Amit Shah on Thursday accused the Naveen Patnaik-led BJD government of not cooperating with the Centre in undertaking development activities in the state.

“Though development works worth Rs 4 lakh crore have been declared by the Centre for Odisha, we are not getting the required support from the state for taking these up because of which Odisha is lagging far behind other states of the country despite central support”, he said.

Throwing light on major achievements of the central government, he said, “The number of LPG connections distributed among beneficiaries under Pradhan Mantri Ujjwala Yojana has crossed 49 lakh. It was about 23 lakh before the BJP-led government came to power in 2014. A number of steps have been taken by Modi government for development of Odisha and to uplift the downtrodden and the poor. NALCO has been given the responsibility for development of Jagannath Temple in Puri. A sum of Rs 600 core has been approved for improvement of healthcare sector in Odisha. Besides, more than 1 crore LED bulbs have also been sanctioned for the state.”