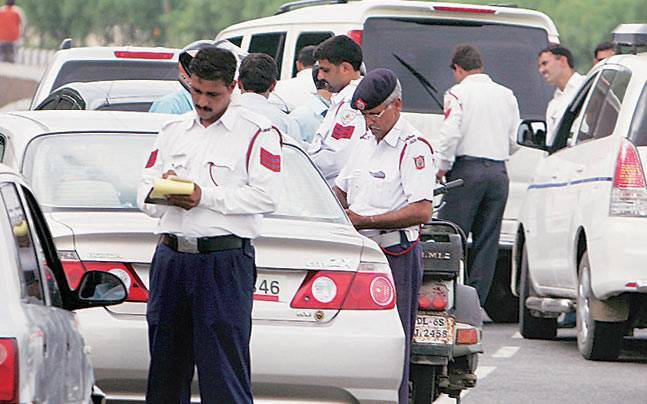 Noida: In probably the first such case after the new Motor Vehicles Act came into force, a 35-year-old man died of a heart attack after an altercation with a traffic policeman over a suspected violation, his father has alleged.

Noida police said the incident took place on Sunday evening in Ghaziabad near Delhi and the traffic police personnel involved were also from Ghaziabad, NDTV reported.

The deceased worked at a software company and was a diabetic.

According to police, the man was in his car with his elderly parents when traffic policemen intercepted him for checking near the CISF Cut in Ghaziabad.

The man’s father alleged that the traffic policemen misbehaved with them, leading to an altercation. He claimed that his son suffered a heart attack after the spat and died in a hospital later.

“It is fine that traffic rules have changed. But police should be polite and ask somebody to pull their vehicle over for inspection. It wasn’t a case of rash driving or anything. There were two elderly people sitting inside the car, yet they hit the car with batons. This is no way of checking,” NDTV quoted the father as saying.

Meanwhile, Noida police said they came to know of the incident through a media report and carried out an internal inquiry.

“The inquiry revealed that the deceased was prima facie diabetic in nature and he died due to heart attack. The place of incident was near CISF Cut in district Ghaziabad. It happened at around 6 pm,” SSP (Gautam Buddh Nagar) Vaibhav Krishna said. “The information has been conveyed to the Ghaziabad police,” he added.