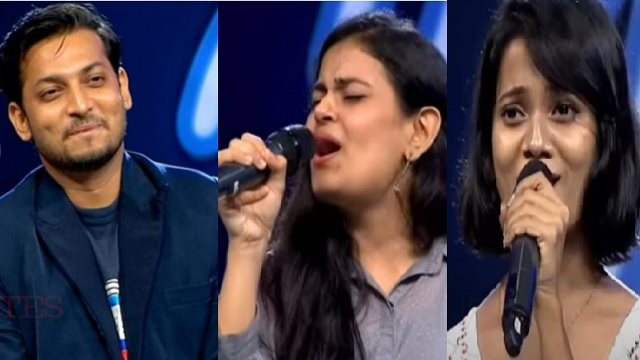 Bhubaneswar: Singers from Odisha Prabhupada Mohanty and Barnali Hota along with Ollywood playback singer Ananya Sritam Nanda could not make it to the top 15 of the 13th edition of popular singing reality show Indian Idol.

All three of them featured among the top 3o performers and got the golden ticket. However, none of them could make it to the top 15 in the theatre round.

Prabhupada sang ‘Chori Kiya Re Jiya’ from ‘Dabangg’ movie in the audition round. The winner of Sa Re Ga Ma Pa L’il Champs season 1 in 2006, he was also among the top 12 contestants in season 5 of the same show, participated in many Odia singing reality shows, and has done playback for several Odia songs.

Likewise, Ananya impressed the judges with her fabulous rendition of AR Rehman’s ‘Hai Rama Yeh Kya Hua’ from the movie, Rangeela. She won the crown of India Idol Junior season 2 in 2015.

Barnali Hota could make it to the top 30 with ‘Thare Rahiyo‘ from the movie ‘Pakeezah‘. She was one of the top six contestants in the reality musical show Sa Re Ga Ma Pa Li’l Champs in 2011 and the runners-up of Dil Hai Hindustani.

The top 15 contestants selected in the theatre round include:

Man Arrested From Odisha’s Nabarangpur For ‘Rape’ In Chhattisgarh