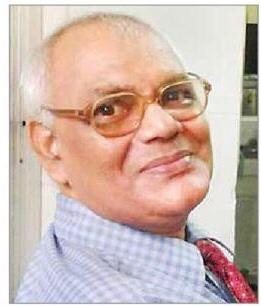 Bhubaneswar: Noted doctor of Khandapada area in Nayagarh district, Shasanka Sekhar Mishra passed away at the age of 73.

Dr Mishra was suffering from multiple diseases for the last two months. He was under treatment at a private hospital here. Later, he was shifted to a hospital in Hyderabad as his conditions deteriorated.

However, he breathed his last on Monday night. His last rites were performed at Swargadwara in Puri on Tuesday by his son Durga Prasanna Mishra.

Dr Mishra was a well-known Gastroenterologist in Odisha. He has served people for the last 50 years. He was known in his native place for being helpful and soft-spoken.