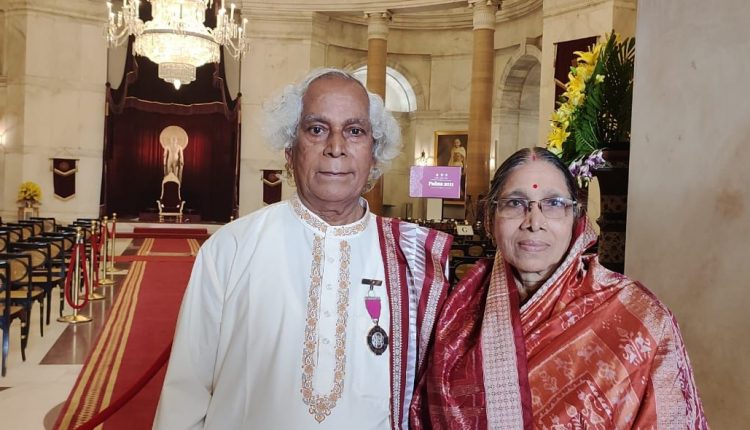 Bhubaneswar: Sculptor Sudarshan Sahoo from Odisha is likely to be a part of the team finalising the idol of Ram for the temple in Ayodhya, which according to Home Minister Amit Shah will be ready by January 1, 2024.

A Padma Vibhusan awardee, Sahoo along with artists from across India were recently invited to Ayodhya and he presented two prototypes of the idol, sources said.

A native of Odisha’s Puri, he honed his skills under stalwarts like Bhubaneswar Mohapatra and Guru Kunia Moharana of Puri at the age of 13. His carvings of Jataka Tales at the Dhauli Peace Pagoda in 1971 won him worldwide recognition. A panel sculpted by him was installed at Atami, Japan, in 1978, and a stone panel based around the life of Buddha at Milton Keynes, London, in 1980.

Sahoo set up Sudarshan Crafts Museum in Puri in 1977 for artists to display their work. He also established Sudarshan Art and Crafts village, in Bhubaneswar, in 1991 to train other artists.

Sahoo received the National Award for Stone Carving in 1981. Seven years later, he was awarded the Padma Shri and, in 2003, the Shilp Guru Award. The 82-year-old was conferred with Padma Vibhushan, the second-highest civilian award in the country, on November 9, 2011.