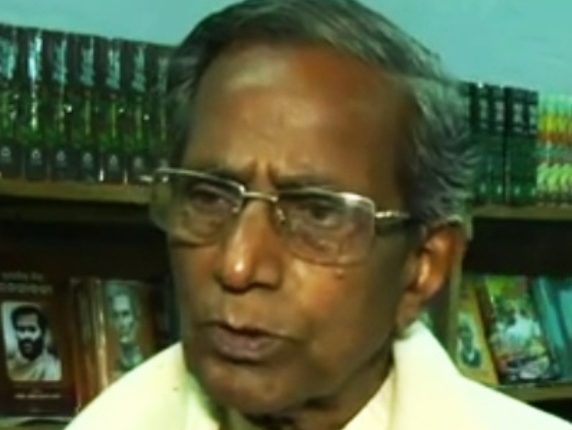 Cuttack: Noted publisher and founder of Bidyapuri Publication house in Cuttack, Pitambar Mishra, passed away at 10 pm on Friday. He was 88.

According to sources, he was ill and admitted in a private hospital at Tulasipur here for the past few days.

His last rites will be performed at Swargadwara in Puri on Saturday.

He founded Bidyapuri in 1961 and credited with immensely contributing to spreading Odia literature. He published books by eminent authors from Odisha like late Janaki Ballabha Patnaik, Manoj Das, Sitakanta Mohanpatra, and late Gopinath Mohanty among others.

He had also written a book ‘Prakashaka Nka Jibana Katha’. The book is scheduled to be released after two days. Unfortunately, he passed away before that.