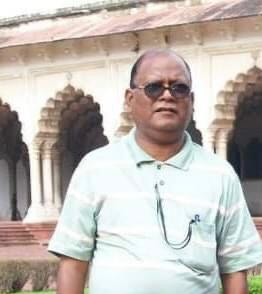 Baripada: Noted researcher and folk linguist Dr Binod Kumar Naik passed away at 71 on Tuesday. He died at a private hospital in Cuttack while undergoing treatment.

His last rites were performed at his native place in Saragada under Bijatala block in the Mayurbhanj district.

He was survived by his wife, two sons Siddharth and Debabrata, and daughter Anjushri.

Dr Naik was conducting research in Tribal language, literature and culture. He was honoured with ‘Adivasi Samman’ by Chief Minister Naveen Patnaik.

He was also awarded ‘Bhasha Samman’ by Kendra Sahitya Akademi in 2004 for his contribution to ‘Ho’ language and literature.