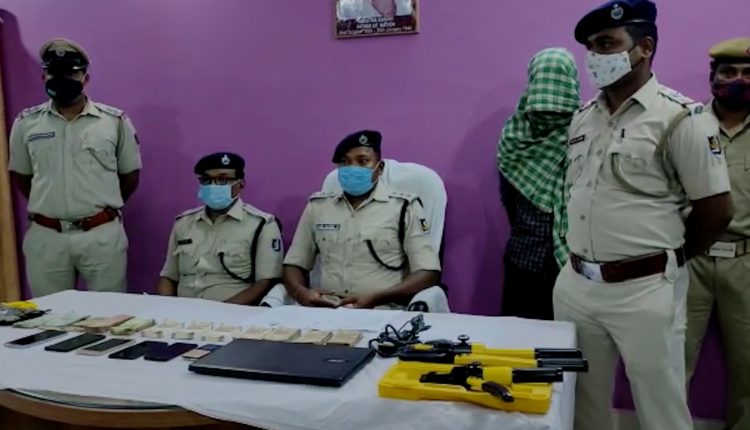 Police found it tough to detain accused Raju Sahu and discovered that several criminal cases were pending against him in various police stations.

On the basis of a well-coordinated teamwork, policemen nabbed Raju Sahu who was accused of stealing from a shop owned by Srinivas of Gudari.

The cops apprehended Raju on suspicion of his involvement in the October 7 night’s shop loot after watching CCTV inputs before seeking support from Gunupur and Padmapur police.

The Gunupur and Padmapur police helped Gudari police in identifying Raju Sahu before apprehending him.

During interrogation, Raju confessed to the thefts and handed over several instruments he had used while stealing, said Muniguda sub-divisional police officer Aakash Sahu.

According to Raju Sahu’s confession, he was associated with several thefts in Gunupur, Gudari, Padmapur, Muniguda, Mukundapur, Bissamkatak, Adaba, and Bathili in the neighbourhood. The police also seized Rs 16,000, six mobile phones, two motorcycles, a laptop and two iron cutters from his possession.