New Delhi: A day after Lok Sabha Speaker Om Birla suspended four Congress MPs, 19 opposition Rajya Sabha members were on Tuesday barred from attending the Monsoon Session of Parliament for the remaining part of this week for storming well of the House and raising slogans, the ANI reported.

Notably, the Opposition was protesting against price rises and inflation inside the House.

Seven MPs from the Trinamool Congress, one each from CPI (M) and Left and DMK’s Kanimozhi are among those suspended. 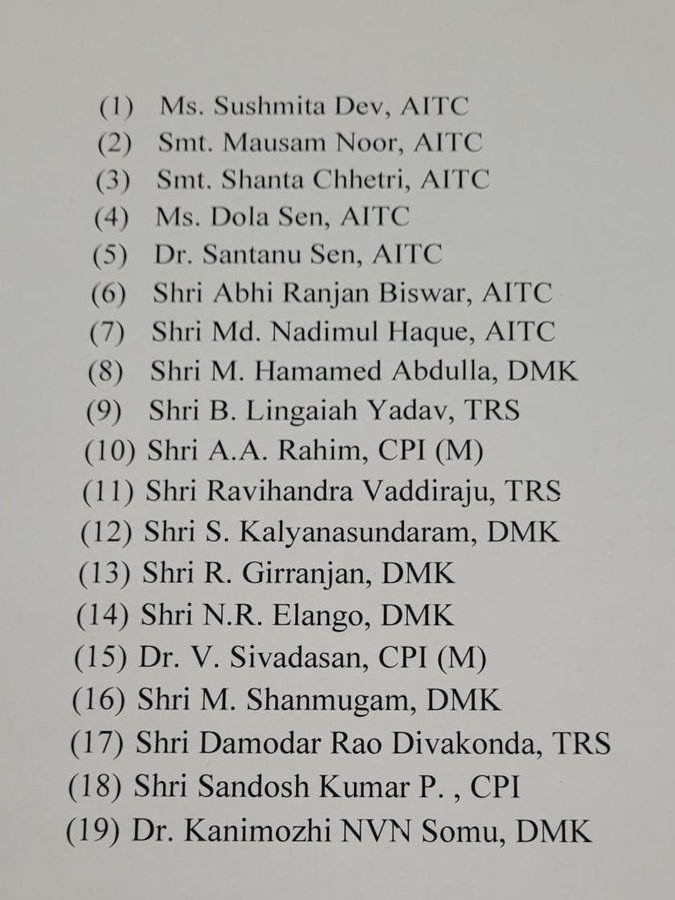 Amid disruptions and adjournments, both the houses of Parliament have failed to carry out any considerable business since the Monsoon Session began on July 18.