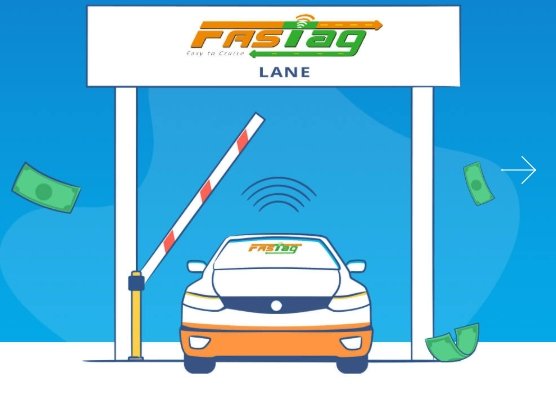 After the conversion of all toll lanes at 523 toll plazas to FASTag lanes on December 15, National Highways Authority of India (NHAI) has been allowing toll charges via cash in around 25 per cent of the lanes.

This will be done till January 15, after which only one hybrid lane for both cash and electronic transactions will be allowed.

Around 1.1 crore FASTags have been issued, and 1.5-2 lakh tags are being sold every day.

The revenue collected electronically per day is around Rs 46 crore.

The government is estimating that by mid-January, around 75-80 per cent of the total transactions at toll plazas will happen through FASTags. Aound 50 per cent of vehicles are yet to get FASTags, according to a report.

The RFID based electronic payment system is said to reduce congestion at toll booths. In order to increase FASTag participation, non-FASTag users will be charged double the normal toll if they pass through FASTag lanes.

Builder Held For Selling House Without BDA’s Approval In Bhubaneswar