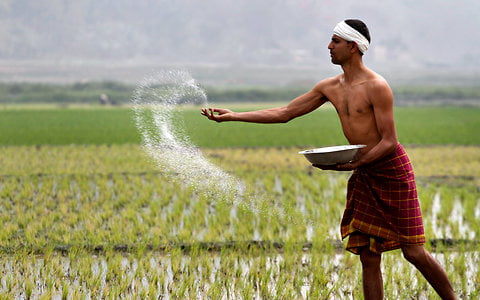 Bhubaneswar: Lauding the efforts of our industrious farmers and their role in nation-building, Chief Minister Naveen Patnaik on Tuesday announced financial assistance of Rs 2,000 each for them under the Krushak Assistance for Livelihood and Income Augmentation (KALIA) scheme.

According to sources, 41 lakh farmers in Odisha will receive assistance through DBT mode in what could be termed a Nuakhai gift on September 1.  A total of Rs 869 crore will be disbursed by the state government in this regard.

Around 40 lakh small and marginal farmers and landless farm workers got the last instalment under the scheme on Akshaya Tritiya, the agrarian festival marking the beginning of the sowing of seeds for kharif season in the state.

Nuakhai, an agricultural festival, is usually celebrated one day after the Ganesh Chaturthi in western Odisha.

The KALIA scheme was launched in 2018, initially promising Rs 10,000 per year. The first instalment of Rs 5,000 each was transferred in December 2018, ahead of the 2019 simultaneous Lok Sabha and state assembly elections, and the second instalment on the day Naveen took oath as CM for a fifth term on May 29, 2019.

Through the KALIA scheme, the government aims to lend farmers with an all-inclusive and flexible support system, ensuring accelerated agricultural prosperity. In March, the scheme was extended by three years.