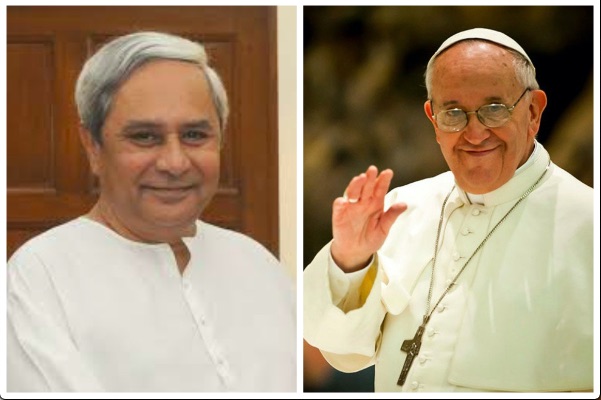 Bhubaneswar: In what could be a first for any Chief Minister in India, Naveen Patnaik is likely to meet Pope Francis, the Pope of Rome and Head of Catholic Church in Vatican City later this month, official sources said on Monday.

The Odisha Chief Minister, who is scheduled to visit Rome and the United Arab Emirates in the last week of June, has sought an appointment with the sovereign of Vatican City, sources revealed.

If the meeting takes place, Naveen would perhaps become the first head of a provincial government in India to call on the Pope.

The proposed foreign trip will be Naveen’s second in his 22 years as Chief Minister of Odisha. This would take place after a gap of ten years. His only overseas trip this far was in May 2012 when he toured the United Kingdom and an alleged aborted coup was attempted by then Rajya Sabha member Pyarimohan Mohapatra.

Official sources said Naveen is scheduled to attend investors’ meets in Rome and Dubai and also meet non-resident Odia (NRO) delegations during his trip. He will be in UAE on June 28 to attend an industrial meet and several other events.

Naveen’s proposed meeting with the Pope may be viewed as an attempt to take his image a few notches higher. His branding and projection as a political leader in his 25 years in public life have been limited to the state and national levels. This could become the maiden occasion when he will grab international eyeballs with such a high-profile meeting.

From Being Called A ‘Deshdrohi’ To Going Bankrupt, Sunil Dutt Braved It All