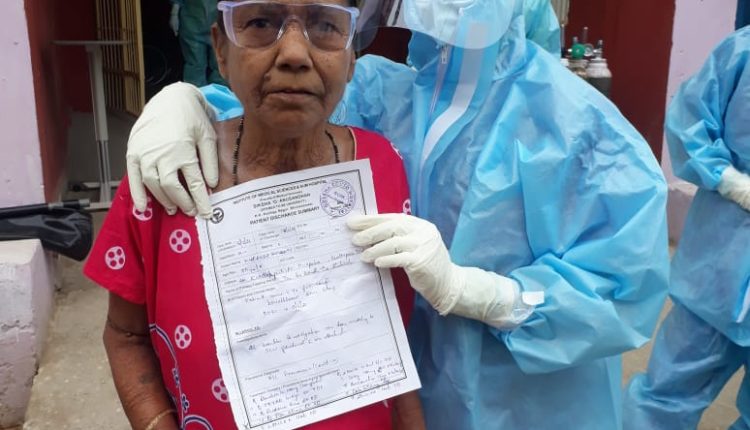 Bhubaneswar: Yet another octogenarian defeated coronavirus and returned home to her loved ones in Odisha’s Kendrapada district.

Khiroda Mohanty (80) of Haridaspur village in Garadpur block was wheeled into the SUM COVID Hospital at Chhata on the outskirts of Kendrapada town on June 6. She was critically ill with oxygen saturation level plummeting to 56.

Khiroda was suffering from cold, cough and fever and was rushed to District Headquarters Hospital by her son Khageswar Mohanty.

Though she tested negative for the virus after an antigen test at the DHH, she had difficulty in breathing because of which she was admitted to the COVID facility. A RT-PCR test at the hospital indicated presence of the virus.

“Good treatment and care by the doctors and the medical team’s continuous encouragement turned my mother around,” Khageswar said.

District collector Amrut Ruturaj too had tweeted about Khiroda’s valiant battle against the disease and her victory.