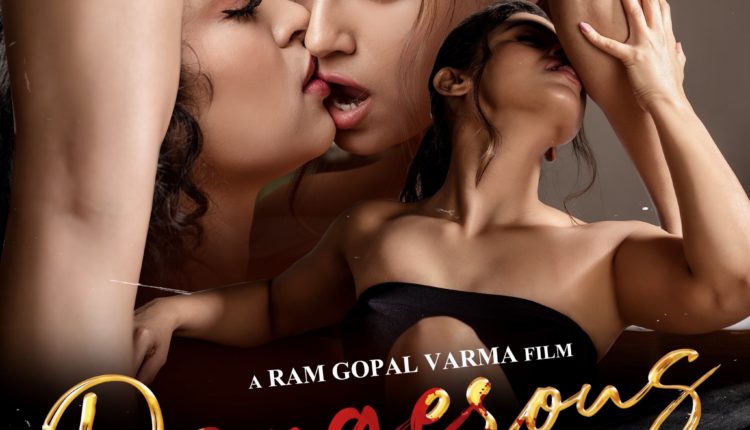 Taking to his Twitter handle RGV revealed few details. He wrote: “My Lesbian crime action film’s title is DANGEROUS and it’s tag line is. Their affair killed many, including Cops and Gangsters.”

DANGEROUS is a crime drama at the centre of which is a highly tragic and extremely intense love story between Naina Ganguly and Apsara Rani @apsara_rani_ (Insta- https://t.co/nhBlo6fVM9) and @NainaGtweets (Insta- https://t.co/Kyr57boACd) #DangerousRgv pic.twitter.com/lNwj9rRNM8

Releasing the first look of my most ambitious film till date at 1.30 pm today .it will be INDIA’S FIRST LESBIAN CRIME ACTION FILM pic.twitter.com/uLpPPV8uMB

Here is what Apsara Rani tweeted:

Thank you Sir for making me a part of this…??❤️
I truly believe that every individual’s sexuality needs to have equal respect… Truly support LGBT community ??????❤️ https://t.co/8mqRLo8OnM

To this RGV replied:

And I salute you and Naina for having the courage to pioneer such a bold and pathbreaking genre as DANGEROUS ??? LOVE is the greatest no matter between whom https://t.co/JzpoTSoEpo