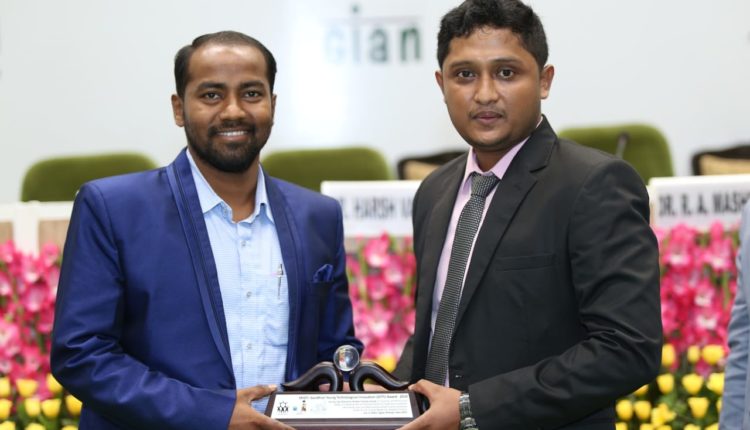 Bhubaneswar: They literally give a helping hand to others. Two young Odia engineers have made it possible for the poor and the middle class to procure prosthetic hands at an affordable price.

A total of 1800 young scientists had participated in the Festival of Innovation and Entrepreneurship (FINE), of which 42 were felicitated.

Talking to the media, Mrutyunjay who has done PhD from the IIT, Kharagpur and Nayak, an MBBS from the Indian Institute of Physical Science, said till date, seven prosthetic hands manufactured by them have been successfully implanted.

The duo said while the price of an artificial hand the price of a prosthetic hand they have invented is only Rs 2000-Rs 3000 as opposed to the market cost of Rs 80,000-Rs 1 lakh.

“We are trying to help the poor and the middle class people, who have lost their hand, by providing them with a prosthetic hand at an affordable price,” they added.