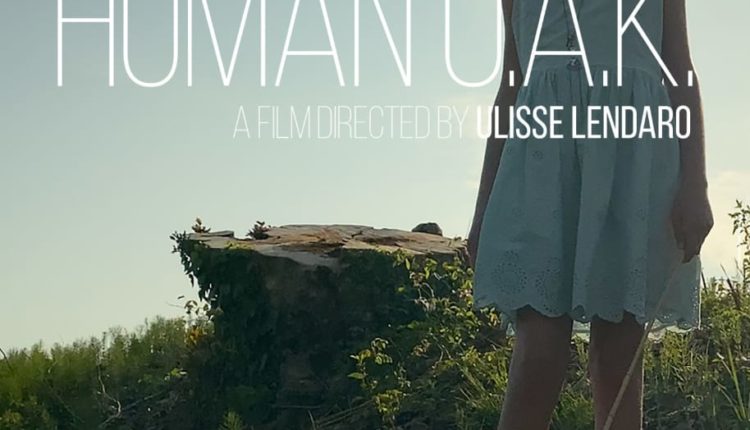 New Delhi: Human O.A.K, a 15-minute short film produced during COVID-19, will be premiered at the prestigious Olympia International Film Festival for Children and Young People, Greece, in the competition section.

The 23rd Olympia International Film Festival will be held from November 28 to December 5, featuring 90 films from 47 countries. Film in the competition programme was selected by artistic director of the Festival, Dimitris Spyrou.

Recently, the film had a special preview of the first look at the 10th Festival of Diplomacy, Rome, the preview was hosted by Commonwealth Club of Rome.

Shot entirely in Italy during the COVID-19 lockdown, between March and April 2020, the film stars celebrated Italian actress and former Miss Italy Anna Valle in the lead role. This is the only international co-production between Italy & India during the lockdown.

The film has been made to commemorate the 200th anniversary of Percy Bysshe Shelley’s poem “Ode to the West Wind”; HUMAN O.A.K. is the story of a new type of humanity.

Director Lendaro said “We are thrilled to get selected in the competition section of this film festival and are thankful to the festival organizers. If there had not been the Covid-19 I would never have thought and shot Human O.A.K. I wanted to start from a poem that was possibly related to a pandemic. I read “Ode to the West Wind” by Percy Bysshe Shelley and I immediately felt a strong need to talk about this idea with my friend and well-known producer Jitendra Mishra. Jitendra gave me a lot of good advice about the mood of the film. It was an exchange, a continuous flow of energy and ideas, which led to making of Human O.A.K ”, he further added.

“Ulisse Lendaro is a very sensible filmmaker and this film is a masterpiece from him. Olympia film festival is indeed a great opening for the film” Jitendra Mishra producer of the film said on this occasion.

Pentagon On Lockdown, Reports Of Shooting At Nearby Subway Station

Odia Filmmaker To Be Cremated With Full State Honours In…