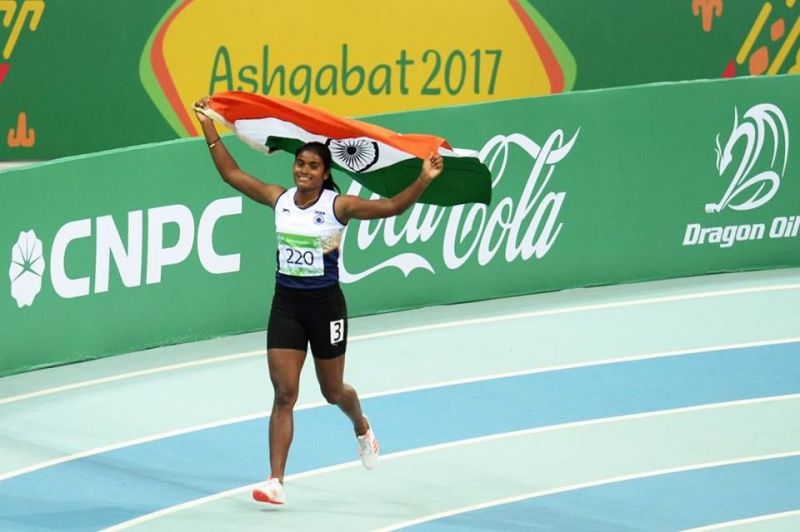 Purnima Hembram has once again made Odisha proud by winning gold medal in women’s pentathlon event at the fifth Asian Indoor and Martial Arts Games at Ashgabat in Turkmenistan.

She collected an aggregate of 4062 points from five events to finish at the top with Thailand’s Winatho Wrtaf Wassana (3915 points) and Sunisa Khotseemueang (3093 points) finishing 2nd and 3rd, respectively.

Hers was the only gold that India won on the third day of the meet on Monday. Tejinder Pal Singh Toor and Sanjivani Jadhav won silver medal in men’s shot put and women’s 3000m respectively while Neena Varakil took bronze in women’s long jump.

Chief Minister Naveen Patnaik has congratulated Purnima on her win in the pentathlon event.

She had earlier brought laurels to the state by winning bronze in women’s heptathlon at the Asian Athletics Championships held at Kalinga Stadium in Bhubaneswar.

Heavy rain to lash Odisha in next 24 hours