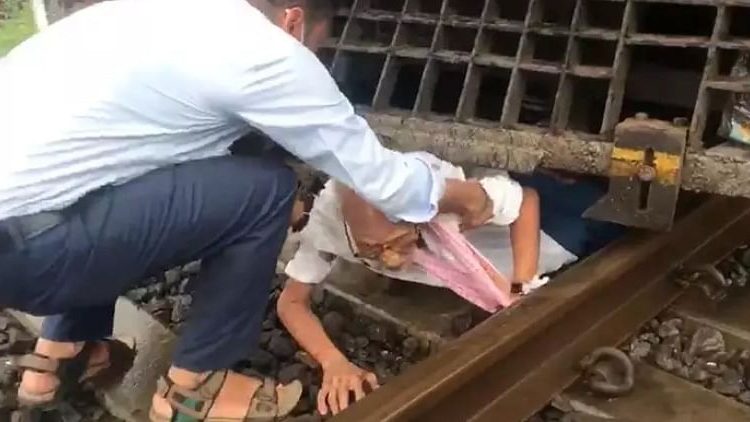 Mumbai: Timely action by an Odia loco pilot saved an elderly man’s life in Kalyan area of Mumbai. The incident, which had occurred on July 18, received appreciation from from the locals as well as Central Railways.

The loco pilot, Sushant Pradhan is a resident of Arunpur village under Ramagada Panchayat under Ganjam district.

A video of the shocking incident, shared by the Central Railways on Twitter, showed the train coming halting just in time after seeing the old man, who had got stuck on the track while trying to cross it.  The elderly man escaped unharmed.

The elderly man, who was crossing the track at the time, fell and got stuck under the train near platform number 4 of Kalyan station.

The Chief Permanent Way Inspector (CPWI) cautioned the loco pilot and his assistant and Pradhan applied emergency brakes saving the man. They also got down to pull out the elderly man from under the train.

“Luckily I could apply the emergency break in time and pull up the old man unhurt. It was really satisfying to rescue the senior citizen safely,” said Pradhan.

The Central Railway had announced a cash reward for the two loco pilots and CPWI for their timely act of saving the man’s life.