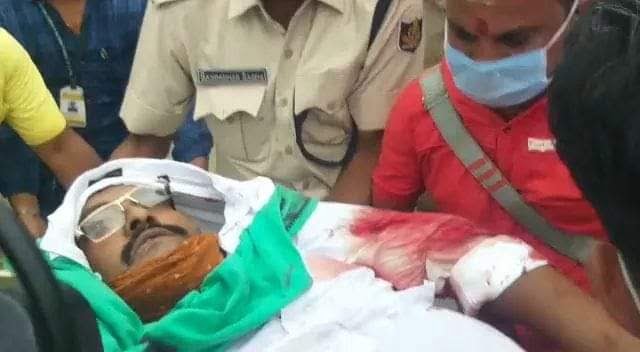 Balasore/Kendrapada: The body of dreaded gangster Sheikh Hyder, who was killed in police encounter on Saturday, was handed over to his family members after conducting the post-mortem at the district headquarters hospital today.

He was killed in an encounter near Simulia in Balasore district.

Talking to mediapersons after the post-mortem, Additional District Medical Officer (ADMO) of Balasore Sushant Nayak said, four bullets were found in the body of the gangster during post-mortem.

The body was later taken in a vehicle to Ranapada, the native village of Hyder on the outskirts of Kendrapada town where his last rites will be performed.

Apprehending law and order situation, elaborate security arrangements have been put in place in Kendrapada town.

Four platoons of armed police were deployed and Section 144 has been invoked in the town till 11 am on July 30. The road from Garapur, Kali temple to the district judge court has been sealed with barricades. Apart from this, the house of Hyder and the burial ground has been sealed.

Kendrapada SP Madkar Sandip Sampad said barring the family members of Hyder, no one will be allowed to enter the burial ground. “Police are checking every vehicle and have kept a tight vigil on the entire area,” he added.