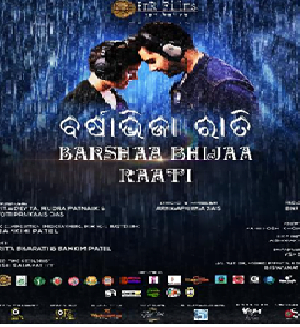 The music video was released on September 27, 2019 on ‘BnR Films’s YouTube Channel.

Talking about the music video, producer Annapurna Das said, “It was literally a rain-drenched night when these lyrics came to me straight from my heart. I never thought it would have such a long and fascinating journey.”

Co-producer Jyoti Prakaas said, “We are really humbled to know about this unique milestone. Perhaps this is the first (or one of the first) such romantic Odia music videos to premiere in an international film festival outside India. Of course, there are many high quality Odia music videos, which get millions of views on YouTube but I haven’t seen any of them making a mark in the international film festival circuit. It gives us a lot of encouragement, confidence and motivation.”

Director Biswanath Rath said, “Like many in our film industry, we too believe that YouTube Views/Likes/Comments can never be the sole criteria of a music video’s success. Ever since the release, we aspired to take this music video to global audience. After all, this is one such rare Odia song in recent times, which has got pure Odia lyrics (without the use of any Hindi/English words) and a soul-touching music, which has been widely appreciated by the audience/critics.”