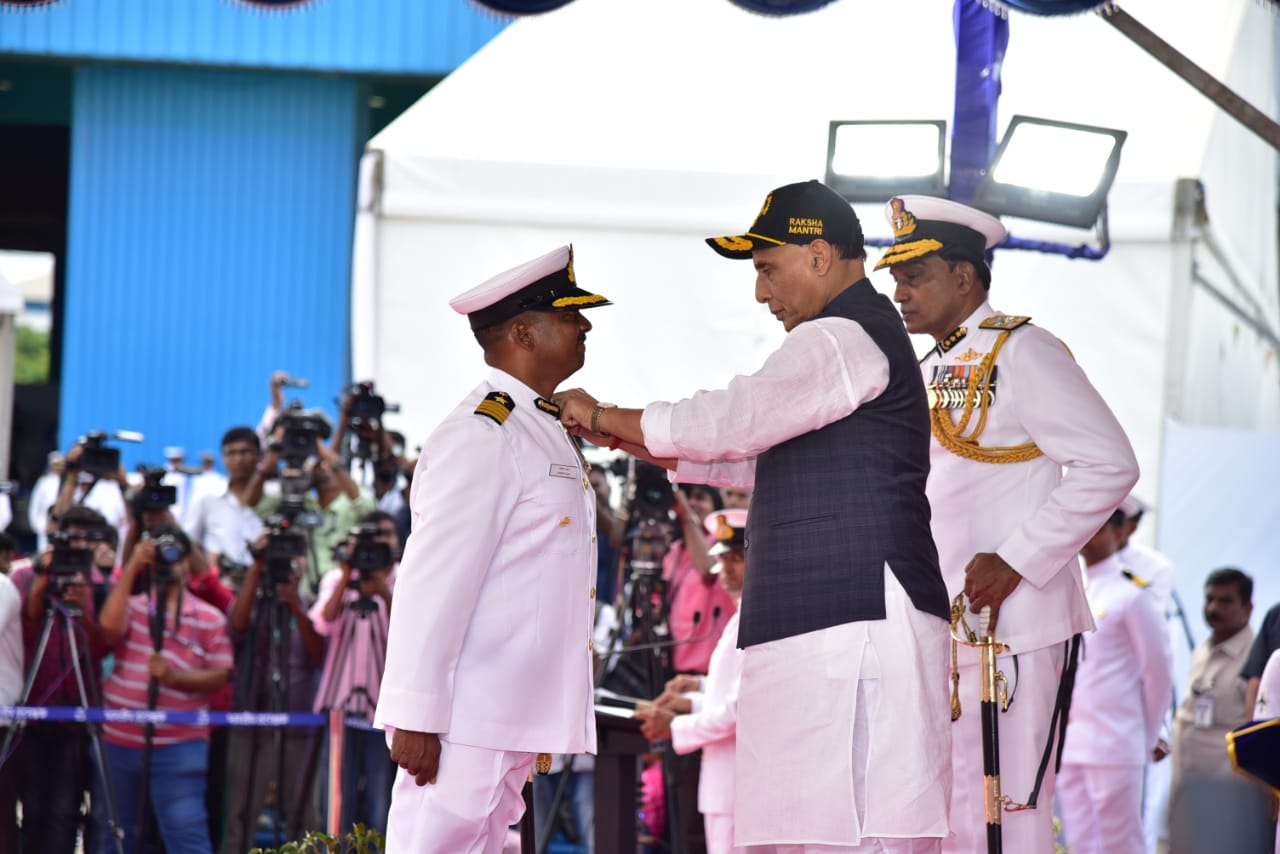 Khan was honoured for his selfless act and bravery in rescuing 13 people stranded by Cyclone Rohanu while he was the commander of Coast Guard ship Varad.

An alumnus of the College of Agriculture, Bhubaneswar, Khan received the medal from Defence Minister Rajnath Singh at a ceremony in Chennai on Tuesday.

The 1997 batch Indian Coast Guard officer was also nominated as the Best All Round Assistant Commandant in his batch. In his youth, he was also a cadet of 1 Odisha R&V NCC squadron.

The officer has been decorated with the esteemed DGICG, COMCG and CINCAN commendations for his acts of bravery during his 23 years of service to the nation.

At present, Khan is commanding the Coast Guard’s only special role pollution control vessel on the Eastern Sea Board, Samudra Paheredar, at Visakhapatnam.

More Girls Than Boys In Higher Education In UP And Karnataka

Mercury Rising: Did You Know Bhubaneswar’s Brush With…