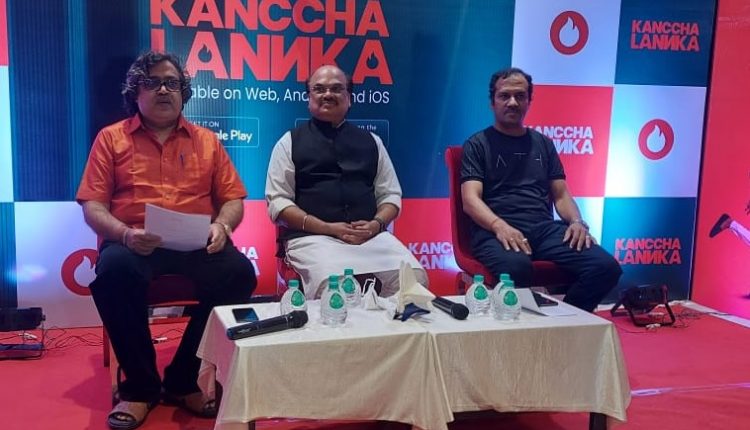 Bhubaneswar: An Odia OTT platform, ‘Kanccha Lannka’, was launched in the capital city on Friday.

Besides Odia films and web series, programmes of varied genres like crime, thriller, suspense, romantic, comedy, epic and fantasy will be telecast on the ‘Kanccha Lannka’. The shows will be of HD quality and have English subtitles. The programmes without advertisement is another interesting feature of the channel.

Several prominent personalities of Odia entertainment world including Akshay Parija, Bibhu Rath and Chitta Ranjan Nayak have been associated with the OTT platform to give a new dimension to the concepts of films and television serials.

Speaking at the inaugural function of the ‘Kanccha Lannka’, its chairman Akshay Parija said the new OTT platform has been launched to make Odia entertainment to Odia people across the world. “We aim to take it to the national level through high quality programmes. The platform will also present an opportunity to newcomers in entertainment world to explore their talent,” he added.

The viewers can subscribe to the ‘Kanccha Lannka’ with annual tariff of Rs 349, half-yearly Rs 249 or quarterly charge of Rs 149.