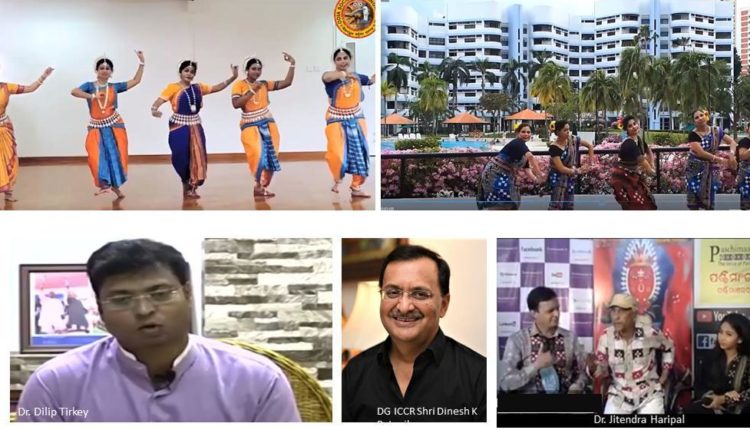 The program opened with a welcome speech by OSS President Alok Panda, who discussed the sanctity of the celebration of Utkal Divas and stressed the need to preserve the cultural roots of the Odia community in a foreign country.

It was followed with an address by the chief guest, Dinesh K Patnaik, Director General ICCR. Patnaik highlighted the glorious past of Odisha and prosperous and peace-loving mindset of Odias. He also emphasised on ICCR’s efforts to work closely with overseas societies to enhance and promote Odia culture.

OSS’s very own members celebrated the event with the children singing Bande Utkal Janani and dance performances by senior members. It was choreographed by Guru Sasmita Pal, a noted Odissi dancer and dance teacher.

Dilip Tirkey, former Indian hockey captain, joined the celebrations as a Guest of Honour. In an interview led by Sarat Mohanty, Tirkey shared his life journey, challenges and experiences.

OSS felicitated Tirkey with a Lifetime Achievement award for his contributions to Odisha and Indian hockey.

Another sporting legend Dutee Chand was unable to attend the event due to training schedule conflicts, but sent a video message to the OSS community sharing her well wishes and appreciation for the love and support shown by the Odia community in Singapore.

The evening continued with Guest of Honour Jitendra Haripal captivating the audience with his mesmerizing voice and words as he engaged in an interview session with Alok Panda. His honest and heartfelt answers moved the audience, as his songs got everyone grooving in their seats.

OSS also felicitated Dr Haripal with Lifetime Achievement award in recognition of his contributions to Odia (Sambalpuri) music. The end of the evening was marked by Haripal’s rendition of the original Rangabati song, accompanied by his granddaughter, Payal.

The vote of thanks by OSS vice-president Subrat Nayak and secretary Subhadipta Tripathy brought the evening to a close.

Prince Harry Promised To Marry Me, Says This Lawyer In Her Petition To Court For His Arrest!