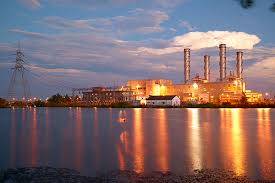 Bhubaneswar: The Odisha government has accused the Centre of imposing an extra burden on its consumers with hefty power tariff.

The reaction of the state government came two days after the Union Petroleum and Natural Gas Minister Dharmendra Pradhan sought the intervention of Chief Minister Naveen Patnaik in the speedy approval of the proposed power project of the National Thermal Power Corporation (NTPC) at Talcher.

In a letter to Union Minister of State for Power RK Singh on Wednesday, the Energy Minister of Odisha Sushant Singh had said the power tariff as mentioned by the NTPC for the first year of operations stands at Rs 3.40 per unit as against Rs 2.70 per unit which was decided in a review meeting convened under the chairmanship of the Chief Secretary in Bhubaneswar on July 28 this year.

It may be recalled that the Union Petroleum minister in a letter to the Chief Minister on September 11 had informed that the NTPC Board has approved Rs 9,785 crore investment for setting up of an additional state-of-the-art environmental norms compliant power plant of 1320 MW at the existing location of the plant at Talcher. For the proposed plant, NTPC has obtained land, water, environmental and other statutory clearances. However, being a large project, it requires project clearance by the High-Level Committee (HLC) of the state government. The NTPC is still awaiting approval of the HLC despite applying online for Single Window Clearance on April 19 last year.

“Lack of requisite clearance for such a big-ticket investment even after a lapse of more than 15 months will dampen the investment climate in Odisha and send a wrong message to the investor community,” the letter had stated.

Why You Should Use A Fan Along With An Air Conditioner