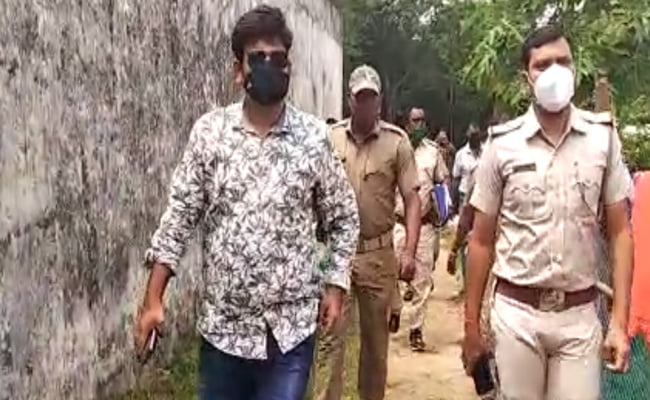 Baripada: Police began a second round of interrogation of Bidyabharati Panda, the wife of deceased Assistant Conservator of Forests (ACF) Soumya Ranjan Mohapatra, and her parents at their home at Goudagan village in Mayurbhanj district on Tuesday.

Before going to Bidyabharati’s home, the four-member police team from Paralakhemundi had a meeting with their local counterparts at Kaptipada.

IIC (Paralakhemundi Town police station) Bibekanand Swain told the media that apart from the ACF’s widow and her parents, police will also interrogate Dibakar Mohapatra, the driver who had taken Bidyabharati’s parents of to Paralakhemundi on July 13, hours after Soumya Ranjan was burnt.

Police had earlier interrogated the driver in this regard. He later claimed to the media that he knows several details about the case, but doubts if revealing them will help the parents of the deceased ACF get justice.

He also alleged that there was no sign of sorrow on Bidyabharati’s face when he had seen her after the incident.

In a related development, police sources revealed that they have found the pictures of two males on Bidyabharati’s mobile phone, which was seized earlier.

The sources identified one as a youth from Radho panchayat in Udala block. According to call details, the youth and Bidyabharati were in regular touch.

There other photo was that of Jayaprakash Panigrahi, a bank officer living in ward no.10 of Udala NAC. Bidyabharati’s parents had approached Panigrahi with a marriage proposal in 2019, the sources said.

It’s not yet clear if police will bring these two people under the purview of their investigation. One thing, however, is indicative. Police may have got some tangible evidence against Bidyabharati and that is why visiting her home again.