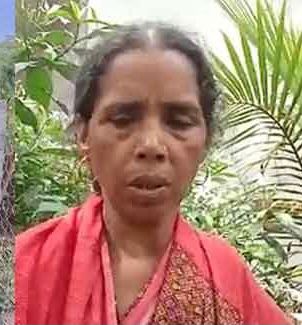 Paralakhemundi: Deceased Assistant Conservator of Forests (ACF) Soumya Ranjan Mohapatra’s parents on Saturday threatened to resort to self-immolation, if the persons involved in their son’s death are not arrested in 7 days.

Speaking to the media persons, the Forest officer’s mother Tulasi Mohapatra said the crime branch’s investigation into the case was moving slowly for which the accused has not been arrested.

She demanded the case to be handed over to CBI to speed up the investigation so that  the people involved in the murder of her son would be arrested.

She further said if the authorities fail to arrest the accused in a week’s time, she along with her husband would commit self-immolation in front of the Assembly in Bhubaneswar.

It may be noted that after grilling 14 persons including Gajapati DFO during its investigation into the case, the Crime Branch is set to interrogate the wife of the deceased ACF, Bidyabharati Panda and the former private secretary to Forest and Environment minister Dipti Ranjan Behera.

The ACF sustained severe burn injuries under mysterious circumstances in his official quarters in Paralakhemundi on July 12 and succumbed while undergoing in hospital next day.