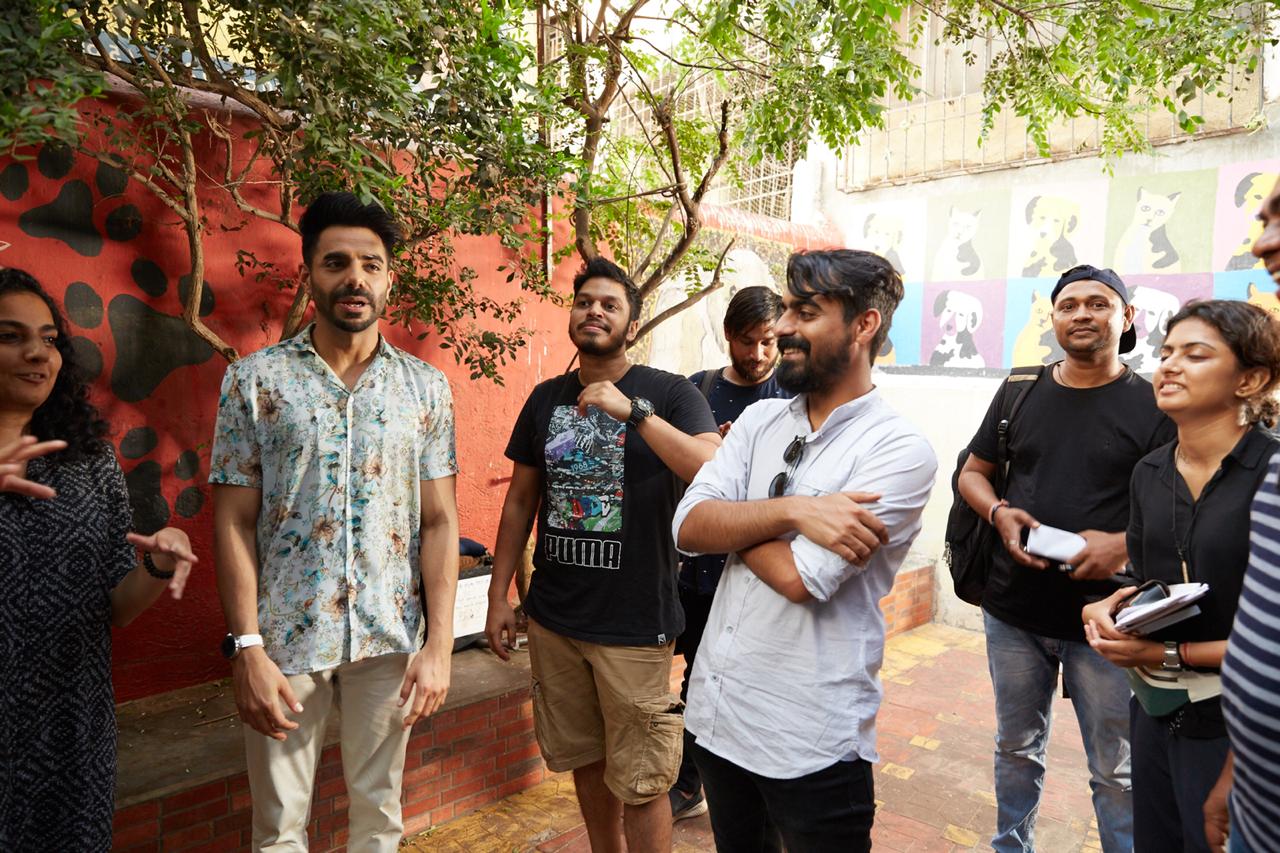 Bhubaneswar/Mumbai: Finally, he has let the dog out of the bag! Odisha adman Dayanidhi Dahima  has turned filmmaker with his short film ‘Nawab’ in which a black labrador is playing the protagonist.

He has produced the film along with Big Banner Films for Web streaming.

“A comedy-drama, ‘Nawab’ is about a man stuck with his wife’s dog after she leaves him,” said Daya, speaking to Odisha Bytes on the phone.

The film has been written and directed by Mansi Jain who has previously made award-winning films like ‘Everything is Fine’, ‘Chutney’ and ‘Chhur’. “All three have garnered millions of views and she is one of the best in the business. When a writer directs a film, the screenplay comes out really well,” he said.

Pritam has scored the music.

The film was shot in three straight days (April 24,25 and 26) at Film City, Juhu and Bandra in Mumbai. “The post-production work will take another 20 to 25 days. We are planning the premiere of ‘Nawab’ at the MAMI Film Festival, following which we will go for Web streaming,” said the 27-year-old filmmaker, the youngest in Bollywood.

“Sibasis Nayak has been a big support in the making of this movie.”

Daya had initially planned to foray into film-making with a short film starring Radhika Madan, Vikrant Massey and Aditi Rao Hyadri. “Since Vikrant is busy with shooting of ‘Chhapaak’, we had to postpone that venture,” he said.

Mansi was to don the director’s hat for this suspense-thriller, which was to be shot in Dehradun.

This young man is in no hurry and is taking small steps towards his big dream. “I plan to make seven to eight films in a year after this. Then I will work on a Web series and next a feature film,” he said.

His journey from a small town of Odisha to the entertainment industry is invigorating and inspiring. He did his schooling from Rajgangpur. After graduating in animation, Daya pursued a diploma in cinematography from FTII, Pune. He then started his own company ‘Daya Entertainment’ and has been making ad-films for many big brands. He also forayed into celebrity management.

Referendum On Nationalism, Hindutva In Begusarai And Bhopal

Saif Ali Khan Claims To Be A Victim Of Nepotism, Gets…