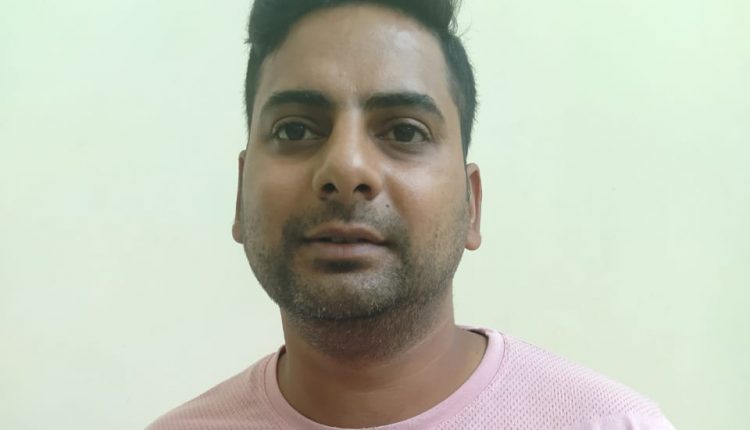 Bhubaneswar: The Economic Offences Wing (EOW) of Odisha police brought one Nitin Mallik, who was arrested from Harinagar police limits in New Delhi on July 13 in connection with the ‘Kredit Gold’ loan app case, to Bhubaneswar on transit remand on Friday.

According to an EOW release, the case was registered on the basis of a complaint filed by Sakti Prasad Dash of Bhubaneswar regarding the harassment/ extortion/ mental torture by the recovery agents of the dgital loan app by sending humiliating/abusive/messages/morphed photographs.

Investigation reveals that Dash received the instant loan amount of Rs.9,000 that was credited to his account after downloading the loan app. After 4 days, he received WhatsApp messages/calls to pay back Rs.15,627. Thereafter, he received calls and messages from different mobile numbers, which were traced to be the number of Good Start Business Pvt Ltd.

Malik is a director of the company, which was illegally operating as a digital lender.

“Malik became the director of  Good Start Business Pvt Ltd. at the instance/connivance of some Chinese mastermind/bosses. The main objective of said company is to purchase and run virtual phone numbers from BSNL, AIRTEL and Vodafone to be used for running and facilitating the lending and recovery through different loan apps. Nitin Mallik was in direct and regular touch with at least three Chinese nationals and used to get huge sum/salary for this job. The accused was also found to be one of the Directors of another company namely M/s Right Start Business Pvt. Ltd,” it said.

Malik was also found to be one of the Directors of another company Right Start Business Pvt Ltd, the release added.

Notably, the Bureau of Immigration issued a lookout circular against a Chinese national Liu Yi on Tuesday in connection with a fake loan app case registered by the EOW.

Fact Checker Mohammad Zubair Gets Bail In 2018 Case, Stays In Jail For UP Cases