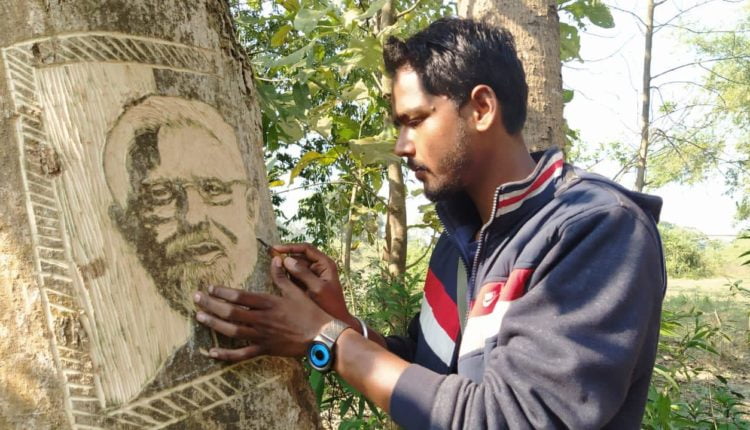 Bhubaneswar: Artist Samarendra Behera has carved a portrait of Prime Minister Narendra Modi on a tree in Simlipal National Park to convey his concern for felling of trees.

The portrait is an attempt to call upon people to join hands in saving the environment, a news agency quoted Behera as saying.

Union Petroleum Minister Dharmendra Pradhan has praised the creation of Behera. In a tweet, Pradhan thanked the artist for his creative work to promote awareness on environment protection.

COVID In Villages: Teenager Converts Tree Into His Isolation…