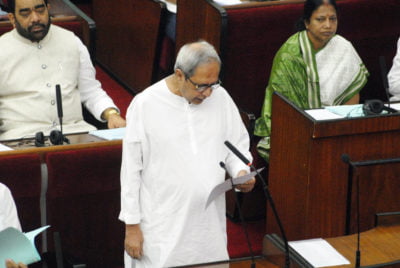 Bhubaneswar: The Odisha Assembly was adjourned till 3 pm on Monday after members condoled the death of the first lady of the state, Sushila Devi, wife of Governor Ganeshi Lal, who passed away last night while undergoing treatment at a private hospital here.

Moving the condolence motion in the House, Chief Minister Naveen Patnaik said that Sushila Devi was a pious person. He conveyed his sympathy to the Governor and other members of the bereaved family.

Among others, leader of the Opposition Pradipta Naik and leader of the Congress Legislature Party Narasingha Mishra also condoled the demise of the first lady.

Speaker Surjya Narayan Patro later announced the adjournment of the house till 3 pm.