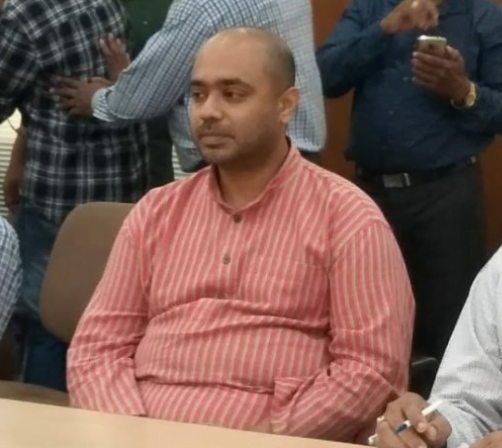 Bhubaneswar: The Odisha Assembly on Saturday granted pardon to research scholar Abhijit Iyer Mitra, who was arrested by the police for his derogatory remarks on the Sun Temple, Lord Jagannath, Odisha, the MLAs, Chief Minister and the journalists of the state following the recommendation of the House Committee.

Talking to mediapersons, chairperson of the House Committee and leader of the Opposition, Narasingha Mishra, said as per the directive of the Speaker, he had submitted the report to him yesterday.

“The House Committee in its report had recommended granting pardon to Abhijit as he has tendered an unconditional apology to the House Committee for his derogatory remarks. The report was placed before the State Assembly today and after a motion, the Assembly unanimously decided to grant pardon to him,” Mishra added.

Stating that the person, who had taken Abhijit on a tour, should have briefed him about the culture and tradition of Odisha, he said the House Committee requested the Speaker to direct the state government to provide all books and journals on Odisha’s tradition, culture, art and architecture to Abhijit, so that he will have an idea about the state.

With the State Assembly granting pardon to Abhijit, he will be released from the Jharpada jail where he was lodged since the day of his arrest on October 23.

The decision to form the House Committee was taken at the all-party meeting convened by the Speaker, Pradip Kumar Amat on September 20 after the members cutting across party lines, vehemently protested and criticised the outrageous statement of Abhijit on Odisha, Lord Jagannath, the Chief Minister and the legislators during the privilege motion moved by the Congress during the monsoon session of the State Assembly.

The meeting decided that the House Committee will probe the matter and submit its report in the State Assembly on the first day of the winter session.

After his first appearance before the House Committee of the State Assembly on October 23, the Saheed Nagar police had arrested Abhijit on the same day and produced him before the Sub-Divisional Judicial Magistrate (SDJM) court in Bhubaneswar, which remanded him to judicial custody for 14 days till November 5. The police had later sent him to Jharpada jail.

On October 25, the Konark Police had taken Abhijit on a four-day remand to interrogate him over his derogatory remarks against the Sun Temple and about his aerial tour to Konark.