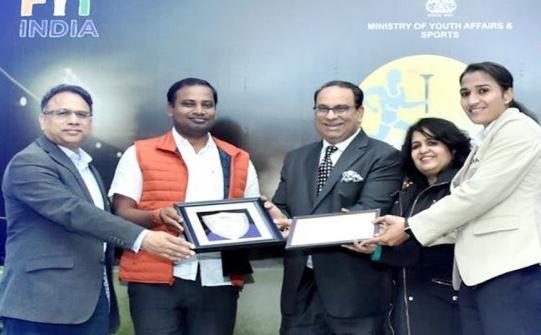 Bhubaneswar/New Delhi: Odisha was adjudged the Best State Promoting Sports at the FICCI India Sports Awards 2019. The awards ceremony was held at the FICCI Federation House in New Delhi on Wednesday.

This award is a recognition of the state’s exemplary achievements and outstanding contributions to sports,

Odisha has also set a precedent by launching High Performance Centres in various sports disciplines in partnership with corporates and eminent sportspersons.

Added to this, the state government is planning to come up with a sports policy to promote various sports activities.

The awards are an attempt by FICCI to acknowledge and recognise the contribution of athletes and various stakeholders.

Sportsperson of the Year (Female) –

Sportsperson of the Year (Male) –

Para-Athlete of the Year –

Special Recognition Para-Athlete of the Year –

Breakthrough Sports Person of the Year –

Coach or Support Staff of the Year –