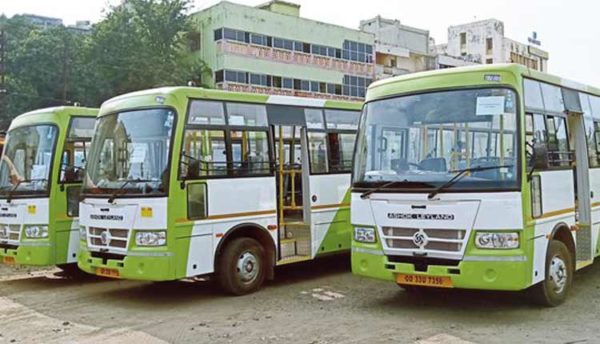 Bhubaneswar: In view of the Odisha bandh call by Congress, the Capital Region Urban Transport Bhubaneswar (CRUT) has announced suspension of bus services on Monday (February 15)

The Mo Bus services run by CRUT will remain suspended in the first half of the day, a release by the transport authority stated.

Operation will resume from 2 pm, but with thin frequency, it added.

In view of 7 hrs #OdishaBandh on 15.02.21 #MoBus? service will remain suspended in the first half of the day.

Keeping the passenger safety and convenience in the mind, the CRUT has always been particular in informing its passengers about any minor changes it implements.

Gate Bazar Overbridge In Odisha’s Berhampur To Be Reality Soon