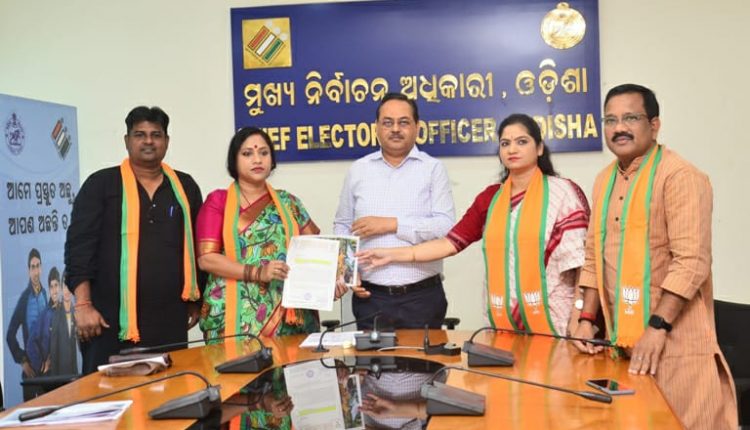 A delegation of BJP met the CEO in Bhubaneswar and submitted a memorandum along with some video and photos, a party release said.

BJP state general secretary Lekhasri Samantsinghar alleged that government officers are campaigning for the BJD candidate for the by-election scheduled to be held on November 3.

“The ruling party has engaged officers even though they are drawing salaries from the government exchequer,” she alleged.

“We have submitted videos and photos of government officers campaigning for the BJD at two places in Dhamnagar Aassembly constituency,” she said.

In its complaint, the BJP has alleged while a woman government official was campaigning for the BJD at Gothina village of Bayang Dihi gram panchayat, another official of a college was also engaged in electioneering by the ruling party.

Stating that the two officials were putting BJD shawls on their shoulders while campaigning, the party has demanded stern action against the errant officials.

BJP urged the CEO to initiate strict action against the two and ensure that they are dismissed from service.