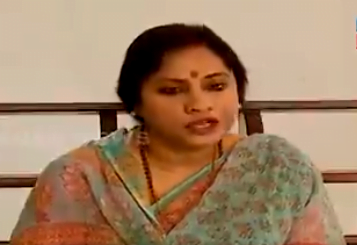 On Saturday, Patnaik had told the media that foreign countries were not allowing people who have taken Covaxin against COVID-19 to enter. The MP had also said the people were facing problems due to the Centre’s “wrong vaccination policy”.

She said that Covaxin is an indigenously developed vaccine and manufactured in the country by eminent scientists and researchers.

“This is a testimony of Atmanirbhar Bharat. However, the BJD leader’s statement that Covaxin is not the proper vaccine is grossly unfortunate. Such an anti-people and anti-national statement of the BJD leader is a well-orchestrated plan to create fear and panic against Covaxin,” she added.

Lekhashree further claimed, “I am sure that the BJD leader must have taken two doses of Covaxin. When he has already kept himself protected against the virus, he has to clarify as to why he is trying to create panic among the people and misleading them.”

She urged Chief Minister Naveen Patnaik to take action against his party MP. “As the BJD supremo has taken stern action against party leaders for making anti-people statements, he must similarly punish the Rajya Sabha member and expel him from the party,” she demanded.

China Rotates 90% Troops Deployed Against India Due To Harsh Weather