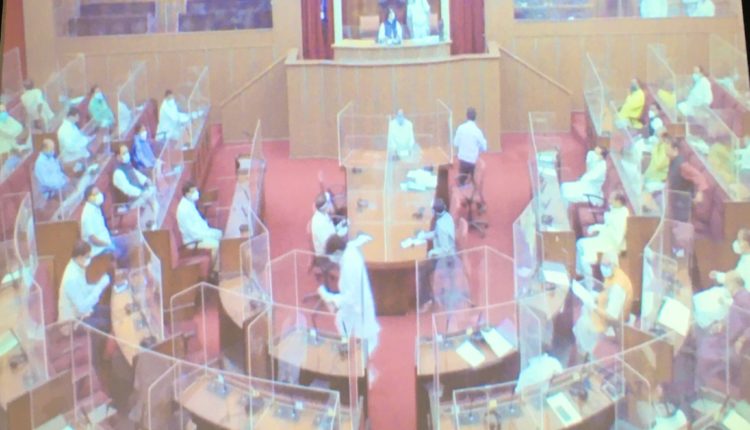 Bhubaneswar: Barely minutes after the Assembly resumed at 4 pm today, BJP MLA Subash Panigrahi reportedly attempted suicide inside the Assembly by trying to consume sanitiser over the paddy procurement issue.

He was stopped from doing so by his alert colleagues of the ruling party.

The MLA had staged protest and threated suicide in the Assembly in the first session of the Budget session.

The MLA has been quite vocal about the rights of farmers and was demanding early procurement of paddy from them.

Upset with the faulty token system leading to delay in the procurement process, the MLA had staged dharna and threatened self-immolation in February session of the Assembly. He had said “I will set myself on fire if the procurement process was not streamlined and the produce of farmers procured at the earliest.”

Michelle Obama Wants To Retire From Public Life To Pursue A Passion, Know What Has Her Hooked